‘I was on the island of Lotl Ire Esain in the Archipellago,’ Inspector Simon Mart wrote in his text editor, ‘where I encountered a strange case. The island is remarkable ny its population, which consists of two distinct groups: Liars, who will always Lie but are honest in the sense that they will never steal, and Thieves, who will often steal but who are absolutely honest in that they will always tell you the truth.’

He continued to write:
In one case brought to my attention, a person had been robbed of a box of burnt matchsticks. Now that may sound ridiculous, but the island is devoid of trees and all wood must be imported so it is considered a criminal offense.

Two suspects were brought in, and it had already been established that one of them had to be the criminal. The policeofficer who brought them in introduced them as Peter and Paul.
‘What the hack,’ I thought. ‘Would it have been the same two persons or is every Jack and Joe called Peter and Paul here?’ Anyway, hoping that the thief would simply asnwer truthfully, I asked Peter: ‘Dit you steal the matchstick?’
But Peter simply answered: Paul is a Liar.
Asking Paul the same question to Paul, Paul replied: ‘Peter is a thief’.

Who stole the matchstick?

If you wish you can check your solution. 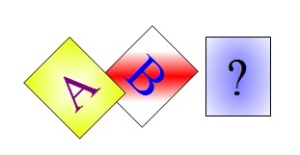 What number comes next in the following sequence?

You can check your solution here

After his adventure on the island of Koaloao, Inspector Simon Mart traveled on to the second island in the Logico archipelago, Lotl Ire Esa.

The population of this island, he knew, was very peculiar; it consisted of two distinct groups, each with his own rigid disposition, and the inspector suspected it was a genetic mutation.
One group on this island was called Thieves: they had an uncontrollable tendency to steal, but they would always tell the truth. The other group was called Liars, they never stole anything but would always lie.

1) The scepter of dignity
After checking into his hotel, he had gone straight to the police headquarters in the capital. In the case before him, there were two suspects, Peter and Paul. The crime under investigation was the theft of the Scepter of Dignity, a rod made of used matchsticks, and dating back to 1997.

If you wish you can check your solution.